Whether You are in Business, or in Job, or a Student, or a Housewife, or an Unemployed

PLEASE UNDERSTAND THAT - The WORST is YET to COME

Help You Find Simple, Practical and Effective Solutions to Your Challenges in

We Work Together with You and Your Team to Implement,Execute and Deliver the Pre-Agreed Outcomes

Uncategorized
Should You End Your Relationship

Uncategorized
Identifying and Getting Rid of Toxic Persons and Toxic Relationship

Our Pre-Martial, Post Marital, Other Workshops on Various Soft Skills

Learn the Simple, the Fully Implementable, Totally Practical Tips ,Guidelines, Action Steps & Get handholding for Getting The result by Overcoming Challenges in Putting it In Practice, Habit & Nature
Learn More About These
Subscribe to this blog post Unsubscribe

Influencing Others Through Understanding Preferred Communication 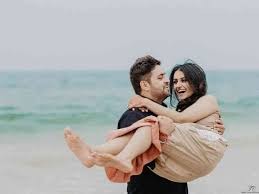 You would have come across few people who are able to established rapport very quickly and influence others – in an awe-striking manner.

Using this wisdom - you can make your these "centers of influences" go out of their way to help you willingly & subconsciously.

You can also learn which verbal and non-verbal cues to use – to bring you closer to the people important to and additionally giving you power over them.

Unless you are a hermit, or a saint who has renounced the world of desires completely or a comatose - chances are you consciously & unconsciously seek, want, need - admiration, appreciation, love, gratitude, respect, care, apology from others.

In case, you are the rare one who is most comfortable with yourself – I can still bet that you will feel great receiving genuine appreciation once in a while.

At the age of 56 – I learned that there exists a language of appreciation, gratitude, apology, care & love - Imagine this learning coming at 56 years of age – such a late enlightenment indeed.

It Is especially so laughable – because I am in this line – by passion.

I discovered this at the cost of almost distancing my closest relationships, e.g., family, parental, marital, siblings.

Most of these people thought I do not appreciate them, I do not apologize properly, I am not grateful to them, I don't give them importance & I do not recognize their achievements

It pained me to realize that – even though I go out of the way for each of these people, yet they fail to realize what I am doing for them.

They probably never considered that I am the one person who appreciates them maximum & I am the one who is most grateful for their presence in my life & that I care for them most.

Then I realized the following

A. People who would love you to express your positive feelings/apologies through public display of affection [PDA]

B. People who would love to receive PDAs but won't express it to others themselves & vice versa

C. Then there are those hate both giving & receiving PDAs

B. People who absolutely hate the idea of giving & receiving gifts

C. People who may feel good receiving but do not give gifts & vice-versa

3. People who expect you to show admiration by quality of words

A. People who would want you to constantly state your love/appreciation/gratefulness/ admiration/recognition of their efforts – through words, both written & verbal

B. People who will only tell verbally you because there would be no additional non-verbal gestures from them – but their words mean the ultimate as far as these people are concerned

C. People who would love you to tell them all these verbally but they will never do the same

D. People who would expect you to tell others behind their back – your appreciation/your remorse about them

A. People who would want you to show by real actions/gestures/acts of genuine love, care, appreciation for them – they are not moved by words alone

B. People who would do their utmost silently - their gratification comes from seeing their loved succeed, be happy and do well

5.People who want to be indulged

A. People who love to be pampered

B. People who cringe at the thought of being pampered [it could be through combination of PDA, gifts, gestures, words etc.]

6. People who would expect you to persistently mollify them while they are upset & sulk

7. People who would expect you understand them by asking them

8. People who would expect you to trust them, have faith in them

9. Kinesthetically motivated persons - these are the people – who want you to show your feelings fr them - through physical touch, cuddling, walking holding hand, spending time together, doing chores together & off course making love

Above 9 types with their subtypes are the distinctly separate types – but most of the people you would come across like 95%+ people – will have mixed preferential mode of receiving and giving.

These are applicable not only for romantic relationships – but in all your relationships, like bosses, business contacts, customers along with family, friends & all near & dear ones.

If you were to look back in your life - at all the relationships that you cherish - you would begin to notice the massive role that these languages of influences play in our lives.

You can learn about others through a combination of observation, asking, hit & trial method.

Managing Your Relationship Challenges During Lockdown

Influencing Others Through Understanding Preferred Communica...

Should You End Your Relationship

Identifying and Getting Rid of Toxic Persons and Toxic Relat...

Signs of confident men and women