Whether You are in Business, or in Job, or a Student, or a Housewife, or an Unemployed

PLEASE UNDERSTAND THAT - The WORST is YET to COME

Help You Find Simple, Practical and Effective Solutions to Your Challenges in

We Work Together with You and Your Team to Implement,Execute and Deliver the Pre-Agreed Outcomes

Why you should never date or marry a woman who has lived in a traumatic, abusive relationship for lo...

People who have been hurt deeply AND especially those who hold on to these hurts, traumas, pains, sc...

Uncategorized
Should You End Your Relationship

Our Pre-Martial, Post Marital, Other Workshops on Various Soft Skills

Learn the Simple, the Fully Implementable, Totally Practical Tips ,Guidelines, Action Steps & Get handholding for Getting The result by Overcoming Challenges in Putting it In Practice, Habit & Nature
Learn More About These
Subscribe to this blog post Unsubscribe 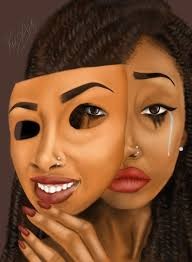 Why you should never date or marry a woman who has lived in a traumatic, abusive relationship for long.

This is article is about men who are in relationship or are seriously considering marrying or having relationship with women who have had experienced cruelty, violence, suppression and many such emotional, mental and physical horrors – in their earlier relationship OR even from parents during growing up years.

There will be a separate article for women who have found someone with aforesaid type of abusive past.

These types of men will similar as well as different ways of behavior their women vis-à-vis women with their men of this type.

Even women should avoid dating or marrying those men who have been in emotionally shocking relationship for long.

Contrary to popular wisdom if we are hurt – we won't hurt others THE FACT IS THE PEOPLE WHO ARE HURT AND HELD ON TO THEIR HURTS FOR LONG - BECOMES THE MOST CRUEL PARTNERS TO HAVE.

The truth is that almost all the people who have held on to their pain, traumas, griefs and hurts long after it has been over – WILL DEFINITELY HURT THEIR PARTNERS IN MOST AGONIZING WAYS and in many cases their children as well.

This is also true for the people who are grieving because of the loss of a loved one years after the normal grief-cycle should have been over with their accepting the loss and moving with their life.

In both the cases – their past drives their present and hence their future.

Yes therapy, counseling can help – in mild cases – in very unhealthy state – it does not.

Some unhealthy cases can even fool and confuse the therapist and counselor.

These emotionally abused people are normally emotionally, mentally and physically unavailable to anyone.

For outside world they would be perfect example of wonderfully good human being.

But their closest one goes through hell of uncertain, shocking and unbelievable horrors.

Many of them are still living their past abuse [much after that person is no more able to impact their lives].

As a result of the abuses and their not able to handle it effectively then – they lose their self-respect, self-dignity, self-worth, self-esteem AND develop deep-rooted-emotional-insecurities.

These emotional insecurities are very-very difficult if not impossible to get rid of.

Yes they do need – care, respect, love – BUT – if only you are giving and they don't recognize, appreciate and reciprocate and are grateful for the same – THEN NO CHANGE CAN TAKE PLACE.

Moreover – none of us are equipped to handle them by playing twin role of their therapist as well as their lover.

These types of people always attract the emotionally-empathic people and vice-versa.

Whatever they say – they will never do and whatever they promise will rarely happen unless they are trying to woo you for some of their needs.

Then everything including their mistakes – will be their partner's fault.

They are grudge manufacturing and warehousing plant – they will keep creating and accumulating grudges.

Their anger finds outlet in you – the moment you give-in to their imbalanced behaviors.

Their constantly being abused makes them feel unworthy and they lose their ability to love, respect and accept themselves and as a result of these they can't love, respect, appreciate have meaningful relationships with others.

They do have self-love – but it is skewed towards narcistic-love.

You also have to understand that – they may have become incapable of experiencing love, empathy, respect, happiness AS THEY DON'T THINK THESE CAN HAPPEN WITH THEM or that they deserve it.

This has been my experience of three personal relationships as well as numerous counseling cases in hundreds.

I am requesting the reader of this blog tell me - Why – this happened – give all the reasons that you think of a golden relationship turning from Bless to Curse – at least for one partner who invested heavily emotionally and otherwise.

Don't read the possibilities given by me – answer first and then only read my part.

This is about a woman – who had an abusive relationship for almost 10+ years but did not walk-out of the same under the assumed-notion of giving the care of both the parents to her son.

Which never happened and she put-up with all kind of abuse – violence, sexual, physical, mental, emotional and financial.

After this became too-traumatic even for her to take it further – she sought and got divorced.

Then she was living alone with her son – still under terror of her ex.

But it is a foregone conclusion that – she has managed to sabotage a wonderful possibility of living a joyous life.

Meaning she does not have good relationship with her - that is why she could not appreciate the blessings she got and attacked ferociously to destroy that and possibly this man.

You also have to understand that – she may have become incapable of experiencing love, empathy, respect, happiness AS She does not believe that THESE positive things can in her life or that she deserves it.

Why you should never date or marry a woman who has lived in a traumatic, abusive relationship for lo...

People who have been hurt deeply AND especially those who hold on to these hurts, traumas, pains, sc...

Managing Your Relationship Challenges During Lockdown

Influencing Others Through Understanding Preferred Communica...

Should You End Your Relationship

Identifying and Getting Rid of Toxic Persons and Toxic Relat...

Signs of confident men and women